Residence for big and small. 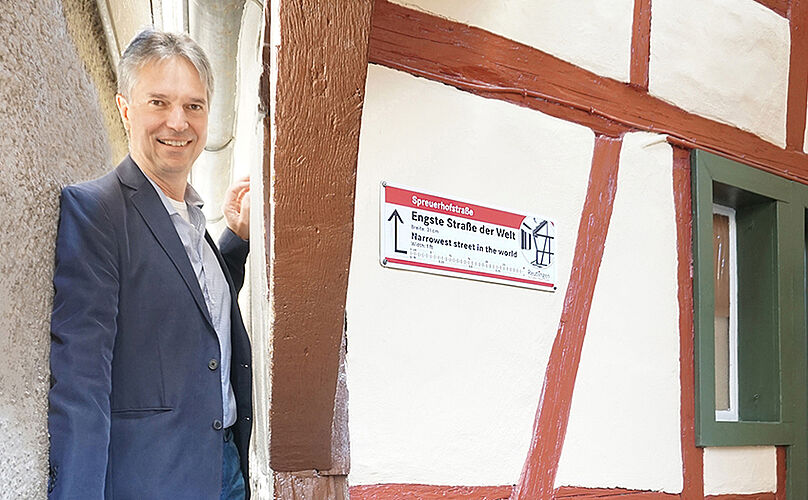 We at BW are lodged in the world of big machining centres and located in the city with the world’s smallest street.

130 years of BURKHARDT+WEBER company history and 130 years headquarters in Reutlingen. This gives us the opportunity to share some knowledge about our home city with you.

Did you know: Reutlingen has the narrowest street in the whole world? The "Spreuerhof-Street", dimensioned with only 31 cm width, is titled and listed in the Guinness Book of Records since 2007. The alley was established after a fire blight in 1726. Keeping up the title was at stake when one of the adjoining houses became ruinous and the demolition was planned in 2012 – the danger was averted! Thanks to a restoration, the world record remains in Reutlingen – just like BW.

A genuine citizen of Reutlingen, Bernd Vottler, Vice-Manager of the Electrical Design at BW, has personally ensured himself, that Reutlingen is justified to hold the world record.